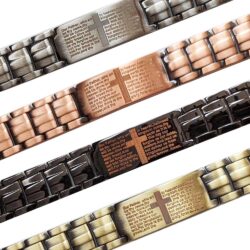 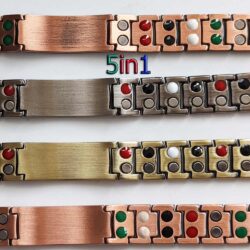 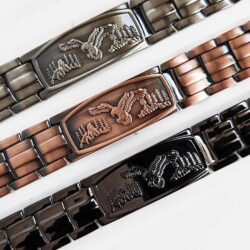 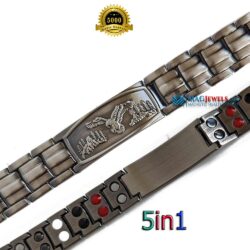 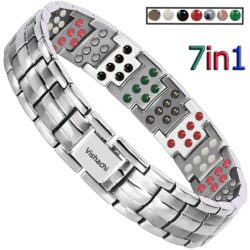 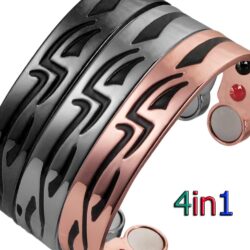 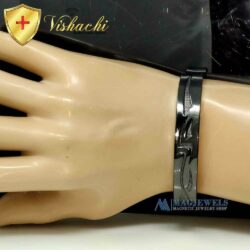 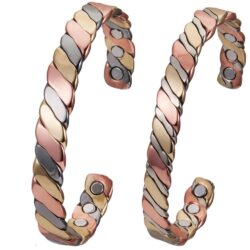 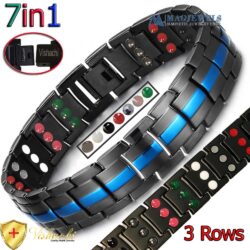 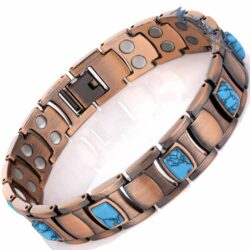 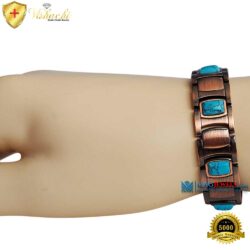 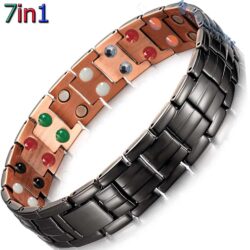 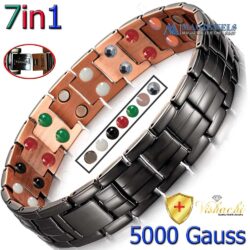 Copper bracelets are thought to help ease the aches and pains of stiff and sore joints. The as-yet limited research has yielded some evidence to support their use in medicine, but even more studies have emerged advising that they have no clinical impact.

Proponents of the treatment suggest that the skin absorbs tiny particles of copper. This is then said to help reduce inflammation in the joints, as copper is a vital nutrient that serves this purpose in the body.

However, evidence supporting copper bracelets as a treatment is extremely thin on the ground.

This article will examine the research into any pain-relieving properties of copper bracelets and explain why people buy copper wristbands for health reasons.

Researchers give a short but thorough answer to the question of copper bracelets providing inflammation relief:

A 2013 study that reached such conclusions compared different copper and magnetic bracelets used by people with rheumatoid.

If there had been even a minimal clinical improvement of even 20 percent in pain ratings, the study would have found it, but there was no improvement whatsoever.

Dr. Stewart Richmond, who also led the 2013 study from the Department of Health Sciences at the University of York in the UK, wrote in the published paper for magnetic bracelets:

“The results of this trial, which compared strong versus weak magnets strapped to the knee, showed that there was no statistical difference in pain outcomes between experimental and control groups.”

But he goes on to say that “people who suffer with rheumatoid arthritis may be better off saving their money, or spending it on other complementary interventions, such as dietary fishoil, for example, which have far better evidence for effectiveness.”

This study is also the basis for the Arthritis Foundation’s advice against using copper bracelets as a treatment for arthritic inflammation.

Which symptoms were measured in the 2013 Richmond trial?

Joints were assessed for pain and disability. An effort was made to ensure neither the doctor nor the patient could determine the type of the bracelet being worn.

If one of the types of bracelet in the trial could produce a minimum 20 percent improvement in tender and swollen joints, the bracelets will have been considered a meaningful indicator of clinical effectiveness.

Whatever the findings, the trial design meant that the conclusion would be reported with a fair level of certainty.

These associations can be reinforced further by the natural course of chronic pain conditions. Dr. Richmond gives the example of rheumatoid arthritis, explaining that people may begin wearing the copper and magnetic bracelets “during a flare-up period.”

As inflammation and symptoms subside naturally over time, a patient may “confuse this with a therapeutic effect” that they believe is coming from the bracelet.

“Pain varies greatly over time in conditions like rheumatoid arthritis, and the way we perceive pain can be altered significantly by the power of the mind,” Dr. Richmond adds.